Jerry Yang was a co-founder of Yahoo!, previously served on the board of directors for Yahoo! and Cisco and is currently a board member of Workday, Lenovo and Alibaba. His firm, AME Cloud Ventures, has provided funding to more than 50 startups, including BetterWorks. Yang recently sat down with our CEO Kris Duggan to share his thoughts on the landscape of business today and why he thinks data is “eating everything.”

Kris: What attracted you to investing in Betterworks?

Jerry Yang: For those of you who don’t know, I left Yahoo! in 2012, and I’ve been a private investor, primarily focused on early-stage companies and on data-driven companies. To see companies evolve and to live vicariously through our entrepreneurs has been really fun.

I always thought that this space, whether it’s performance management or human capital management, was a huge issue for any company that’s growing in the Valley—especially for Yahoo! in the 2000s where Yahoo! went from 50 people at the IPO to about 14,000 or 15,000 people when I left. It’s a very different organization. It’s a very subjective process about how you reward people, how you manage them, how you help them with performance, what are our philosophies. Then, when you get to 15,000 people, there’s no one size that fits all. It becomes even more of an art.

What BetterWorks is doing—using data, but also using tools to help people manage performance and manage goals—is a really important thing, not only from a monetization perspective. What I always say to my companies is, “You want to build in these practices early. You don’t want to wait till you’re two thousand people and putting in new processes.” For companies that really want to grow in scale, building good processes early is extremely important. That was what attracted me to BetterWorks both with my big company hat on, but also with my current data-investor hat on.

Were you always goal oriented? Was that natural for you or is that something that you had to work at in the early days of Yahoo!?

I think when you’re a startup—and BetterWorks is in that phase—it’s large “overall” goals. These are usually company goals, or all-for-one, one-for-all type of stuff. When you get to a few hundred people, I feel like there’s a point where companies have to go through sort of “cell division”. It’s like any biological living organism. You’re going to have specialize. Then pretty soon you have a bunch of goals that may or may not relate to each other as you get bigger, because you’re specializing so much.

I’m always about the big goal. I’m the “visionary”. I’m the guy that pushes on where we want to be in five, 10, 50 years. But when you starting getting smaller goals that may or may not obviously relate to each other, that really frustrates me. At Yahoo!, I was the guy that always said, “Are we really tying all the goals back into the bigger goal?” That is not the easiest thing to do, because a lot of it is very subjective. A lot of it is management styles of certain leaders that want to do something a certain way—and it really ties into the cultural aspect, too. That’s the other thing: the culture is really important for everybody, and making sure your goal setting ties into your corporate culture is not a very easy thing to do, especially as you get bigger.

How do you get the companies you invest in to think about these things?

One of the things we’re talking to people about is getting good systems in place early and being able to have goal setting as a cultural exercise where you’re not building goals in a vacuum. You’re building goals in a context of the three or four other things you might care about, both in terms of hard-core business metrics, but also the softer metrics around culture and teamwork or leadership or whatever. Those are things that, in the heat of battle and the heat of growth, a lot of people just forget. Then they try to put it back in, and it’s really, really hard.

Have you seen any difference between how a company like Alibaba sets goals versus how a U.S. company does?

One of the things about companies like Alibaba—and I think they’re at 30,000 people now—is that there is a lot of emphasis on developing generations of leaders, and there is a very well understood path of growing within that company. Just like any other big company, you sometimes may have the left hand not talking to the right hand, but overall, they’re a very people-centric company. There’s a real emphasis by Jack Ma, Alibaba’s founder, about building that partnership, building levels of trust and building teams. So then when it comes to goal setting, it’s not a long process, not like you have to sync up your religion and then decide what you want to do. They have done so much work to align themselves before those decisions are made—they really work on teams.

How would you compare Cisco to other companies relative to their execution, goal setting, alignment, focus?

It’s hard to change corporate culture—that’s the thing I’ve learned, because I always thought you can change everything. You can go in there and you can brute-force and say, “We’re going to take a sales company and make it a product-driven company.” Cisco is built around a great sales culture. Now that I’m an investor, I have companies that go out and try to sell in the marketplace, and you realize what a great thing it is to have Cisco’s sales channel. That’s so hard to penetrate and so hard to compete against.

What I say to a lot of our companies is, “Pick what makes you strong.” Cisco, it’s sales, and Alibaba, it’s people. Pick your strength and build around it. There’s no right or wrong. It doesn’t mean that if you’re a sales culture, you’re bad. I think the Valley has this idea that, “Oh, if you don’t have the great Mark Zuckerberg product technology founder, you’re not going to be great.” I totally disagree with that. At the end of the day, a great sales company will do great. A great technology company will do great. If you’re mediocre across a bunch of stuff, that’s when you’ll fail.

The Betterworks team would like to thank Jerry for taking time to share his thoughts on goal setting. Stay tuned for part 2 of the Q&A! 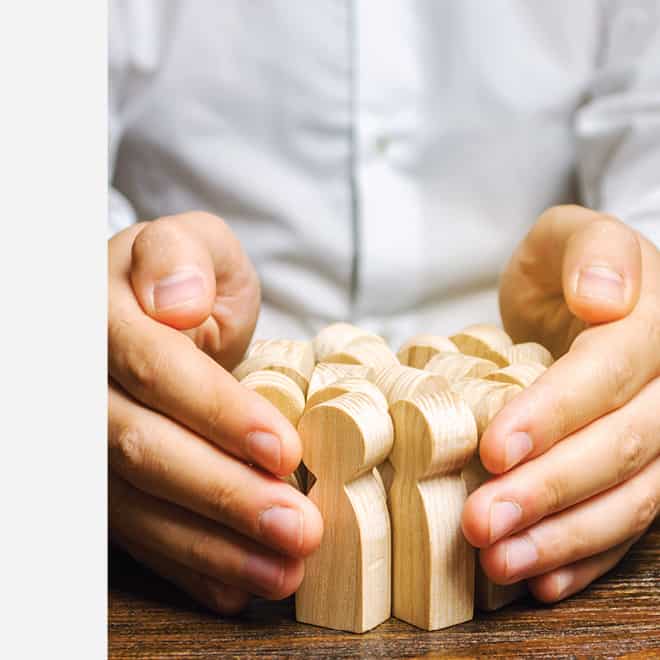