The Importance of Employee Surveys During a Major Change Event

That old saying, “the only constant in life is change,” might be 2,500 years old, but it’s just as relevant today as it was millennia ago. It’s not just people that change, however. Organizations are continually evolving to meet the demands of a dynamic marketplace, because the moment they stop adapting, the competition passes them by.

But that consistent change – whether from mergers and acquisitions (M&A), new leadership, restructuring, layoffs, or virtually anything else – has an immediate and lasting effect on a company’s people. That’s why it’s so important to maintain a pulse on your employees during a major change event, making employee surveys an invaluable tool. We’re going to examine the importance of surveying your people during such times, exploring topics like:

Your employees are your greatest asset, so it only makes sense to use employee engagement survey software throughout a change cycle to maintain a constant pulse on them.

We understand what it’s like to go through a major change, having worked with several companies that have merged, acquired another, or restructured their organization. In fact, we’ve even been through it ourselves.

In other words, we get that it’s only natural to put what might seem secondary during these events – employee feedback & engagement – temporarily on the back burner as there’s seemingly more important things to address. However, despite what your jam-packed schedule and growing to-do list might indicate, feedback should be front-and-center throughout the process.

To that point, there are a couple of common myths and objections to using feedback during major change

This contention really only holds water if you’re using outdated employee engagement software. The better feedback solutions automate the majority – if not all – of the tasks involved in conducting, collecting, and analyzing feedback data.

Granted, perhaps a significant change event isn’t the best time to undertake a new, large engagement initiative, at least if you’re new to employee engagement strategies. However, it’s inaccurate to say that feedback surveys will inevitably increase HR or management’s workload. Remember, smaller efforts like pulse surveys and polls can be instrumental in measuring employee satisfaction and engagement during change.

Still, since change isn’t always predictable, it just further speaks to the importance of choosing capable software in the first place. That way, no matter how large or sweeping a change event might be, you’ll always have the tools you need to maintain an accurate, real-time pulse on your people without extending HR.

2. Things are so uncertain right now; we don’t have the capacity to take action.

Maybe it’s not so much the increased workload that concerns you but the inability to take action. As we’ve previously written, taking action on feedback is critical to an engagement strategy’s success. If employees don’t see positive responses from the surveys and polls, then they’ll lose interest in them at some point, maybe even stop participating altogether.

Feedback doesn’t just speak to massive, complicated pain points in your organization that require a lot of time and effort to correct. It also reveals smaller issues that are extremely easy and fast to address. From the breakfast cereal in the breakroom to the dress code on Casual Fridays, there are plenty of quick wins that can go a long way to boost morale during a round of cutbacks, an acquisition by another company, or a change in leadership.

Feedback During a Merger or Acquisition

A business combination of any sort is inherently full of change. One company might completely disappear – at least in name – or an entirely new organization might form. The point is, change is synonymous with M&A.

But while both of the previous objections are common during these events, employee feedback and year-end surveys are a tremendous opportunity to measure sentiment at a time when your people might be nervous and confused. If you’re acquiring another organization, then the employees of that target company are undoubtedly worried about what the transaction means for their jobs, livelihoods, families, and careers. After a business combination, 30% of employees are deemed redundant, so their fears are usually well-founded.

Therefore, conducting a brief onboarding survey with the new employees will give you a valuable benchmark to measure success by. From there, additional surveys at the three and six-month marks will let you gauge your progress, identify areas to improve and change course if needed. Without that feedback, you simply have no way of measuring how the integration is progressing.

If there are significant pain points or red flags that you miss because of a lack of people data, then you’re jeopardizing the success of the merger or acquisition. Remember, your people are your primary growth and innovation drivers. A fractured workforce severely limits your ability to leverage those traits.

With just 33% of the average workforce engaged at any given time, the stress of a major change can only damage those already depressed engagement levels. In that respect, think of engagement surveys as a small investment of time that can pay massive dividends down the road.

Best Practices During a Change Event

Other than those we’ve already discussed, there are a few other best practices to consider for leveraging feedback during a significant change event.

We already mentioned the importance of choosing the right software for your engagement strategy. Extending that notion, a platform that uses natural language processing and machine learning will let you quickly and accurately measure employee sentiment and other qualitative data. This sentiment analysis will reveal nuanced information like emotion, which, just by human nature, is front-and-center during a change event.

Feedback isn’t just about longer-form surveys. Pulse surveys with three to five Likert scale questions and single-question polls can be powerful tools that don’t require much time or effort. They are also helpful in tracking a particular trend over time to measure progress toward a goal and provide smarter insights.

Rely on Analytics to Save Time

Rather than sifting through feedback responses to identify issues, use an analytics platform that automates the entire process for you. Although not integrated into every engagement solution, the ones with such analytics can categorize your data and even recommend action plans. This approach saves you time, resources, and frustration while still allowing you to take decisive action.

Instead of a hindrance, companies should look at employee surveys as a beneficial tool during change. M&A, restructuring, layoffs, an IPO, leadership changes – they all put additional stress on your people and can affect productivity, engagement, culture, and other vital areas. Highly engaged employees outperform their peers by 147%, so if the change event is market-related, it’s obviously in your best interest to maintain as high of engagement levels as possible. 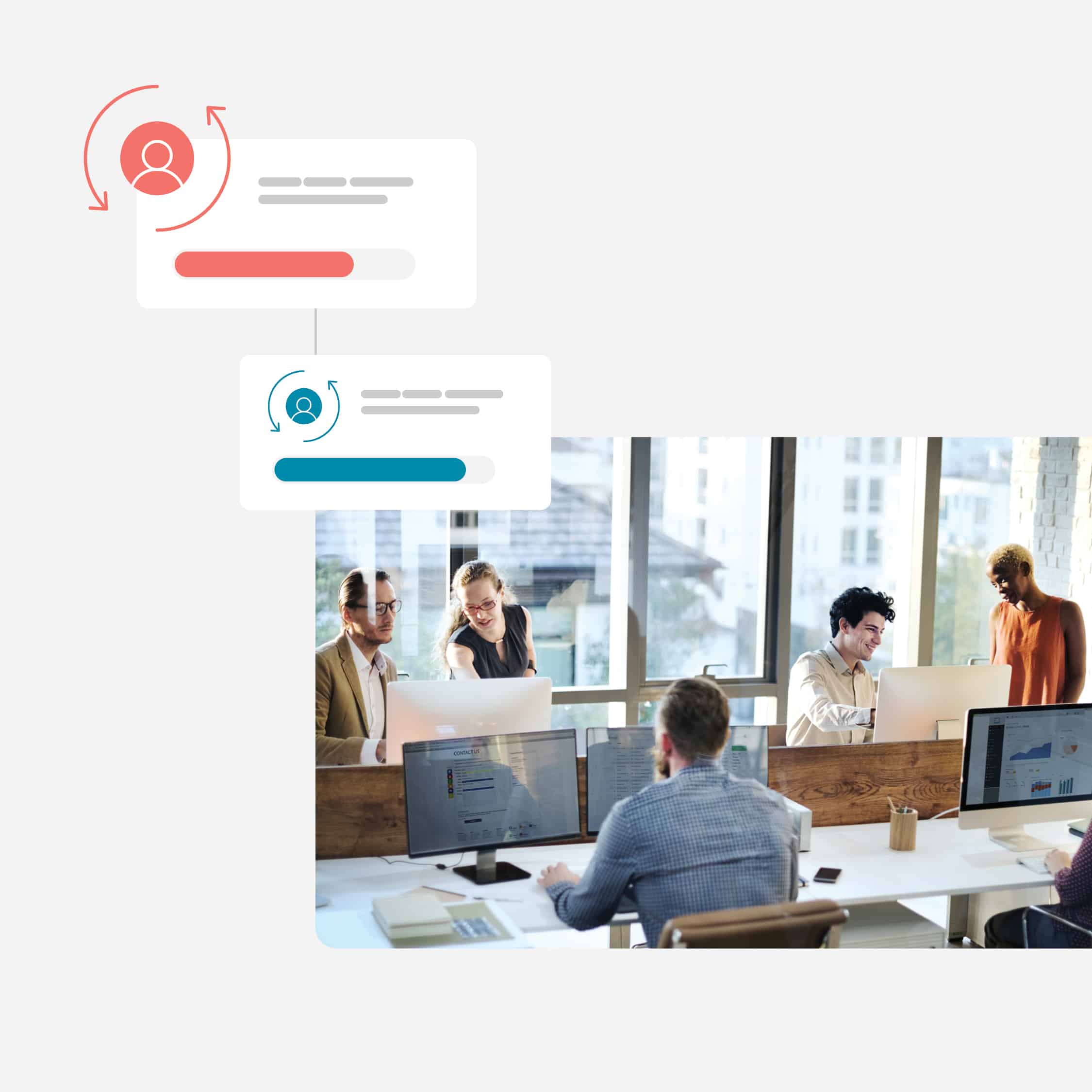 How to Motivate Employees: 9 Helpful Tips