Work is most meaningful for employees who feel deeply connected to their work. But not every organization has a stirring, personally compelling mission and vision to drive that sense of purpose. How do you help those employees experience meaningful work?

Franny Oxford, vice president of people and culture at Plume, knows a lot about that. Most of the people she works with are highly driven by Plume’s vision to provide gender-affirming health care to the trans community. But not every role in Oxford’s career has been so mission-driven, and she’s learned to lean into company values to create meaning for employees.

“If you are in an environment where the vision is not particularly inspiring, then that makes your values all the more important,” she says. “You have the opportunity to collaborate with others to create values and then live those values in a way that is compelling.”

She shared her approach to creating a culture where your company’s values become the driving force behind engagement and meaning for your employees.

Focus on values that matter to your people

Shared values are the glue that binds a community together. They shape the ideals for interacting and working together. “Historically, every community has set up guidelines around how to interact with each other in a meaningful and sustainable way,” Oxford says. “Work is one more community, and agreeing on what’s going to work best and how we work together is a big part of creating a sustainable community.”

Values are difficult to uphold when they’re detached from practical application. If you don’t define the behaviors accompanying your values, employees will interpret them in their way, leading to confusion and misunderstandings. “What’s most important with values is agreeing on behaviors that go with them, really drawing out three or four key behaviors that we expect from one another and that [employees] can expect from us.”

To reinforce your values, you need buy-in from your workforce. Buy-in varies by company makeup and culture. “Here, people have to touch it, make their own change or suggestion, to feel bought in,” Oxford says of the company culture at Plume. “In a previous [role], it was engagement by validating what was already happening, what was already in place and what was already working.”

Be mindful that buy-in can come from unexpected places. “In more casual workplaces, people engage by joking,” Oxford notes. “At a previous employer, there was a lot of kidding around and joking about what values might mean. I think it was  a way for people to begin to engage with their peers around those values in a way that felt safe.”

Using humor is a valid way for the workforce to understand your values at a deeper level — to make them their own.

There’s often a disconnect between professed values and the lived culture. Too large a gap between these two elements can dilute the power of your values.

“It’s important to do everything you can to create as much overlap as possible. Sometimes that can get awkward, and that’s OK,” Oxford says. “We would rather have proactive awkwardness towards our values than the cynicism that comes when we have stuff on the wall that doesn’t live in people’s actual behaviors.”

To reinforce values in behaviors, you can create behavior-based prompts for managers to bring up during employee performance conversations. “Ask them how their job most deeply impacted the vision of the organization,” Oxford suggests. “Offer feedback specifically on areas of opportunity and deep areas of strength in those values.”

Peer groups tend to be more familiar with the behaviors associated with company values at that level of the organization and among those job groups. That gives them an insight that managers and leaders higher up in the organization may not see. “Peers are much more likely to see these day-to-day behaviors than managers,” Oxford says. “Peers can typically give specific examples in the moment.”

Tech tools like Betterworks can help employees and managers have better, more informed conversations. “We have an opportunity in the performance management software we use for people to give that feedback,” Oxford says. “Then it shows up in their quarterly review so the manager can refer to it as they offer feedback, as well.”

Reinforcing values in the workplace culture also requires managing the managers based on company values. “How are they exemplifying those values to their employees?” Oxford says. “How are they setting up structures for success for people to live those values? Do they know enough about their team members and their motivations to successfully communicate when someone is hitting the mark?”

Recognition is essential for reinforcing values in action. “Proactively building those relationships and proactively recognizing when they exemplify those values is probably the most important thing you can do,” Oxford continues. “It’s not something that’s going to happen on its own — and it’s crucial.” Establish kudos boards and other channels for employees to celebrate each other for living values or challenge each other to be better.

Maintaining uniformity across the workforce isn’t easy, especially in distributed work environments where employees might not regularly engage with employees beyond their own team. This isolation can result in teams developing their own take on values, but Oxford says that’s not necessarily a bad thing. “If that team is evolving those values in a way that works for the organization, that could become a center of excellence,” she says. “See how they actualize it.”

In these environments, managers play a key role in maintaining alignment between broader company values and the values evolving on individual teams. “Preventing a subset of values that are at odds with the organization is really a matter of working with that manager to make sure they’re serving as a bridge between the organization’s values and the team’s values,” Oxford says.

You may notice a healthy tension as your values play out in practice. It may be hard for people to see that someone who values appearing calm under pressure has a sense of urgency about completing their work, for instance. At the same time, someone who shares a stronger affinity with the value of accountability might publicly express a greater sense of urgency than colleagues who value poise and calm might want to see. “It’s a matter of balance,” Oxford says. “You can have both sets of values in the organization and keep that balance appropriate while showing people’s strengths.”

When employees can connect with your values, they can bring their whole best selves to work. By incorporating values alignment across the employee life cycle, especially in the hiring process, you give employees a choice to opt-in to your company values. 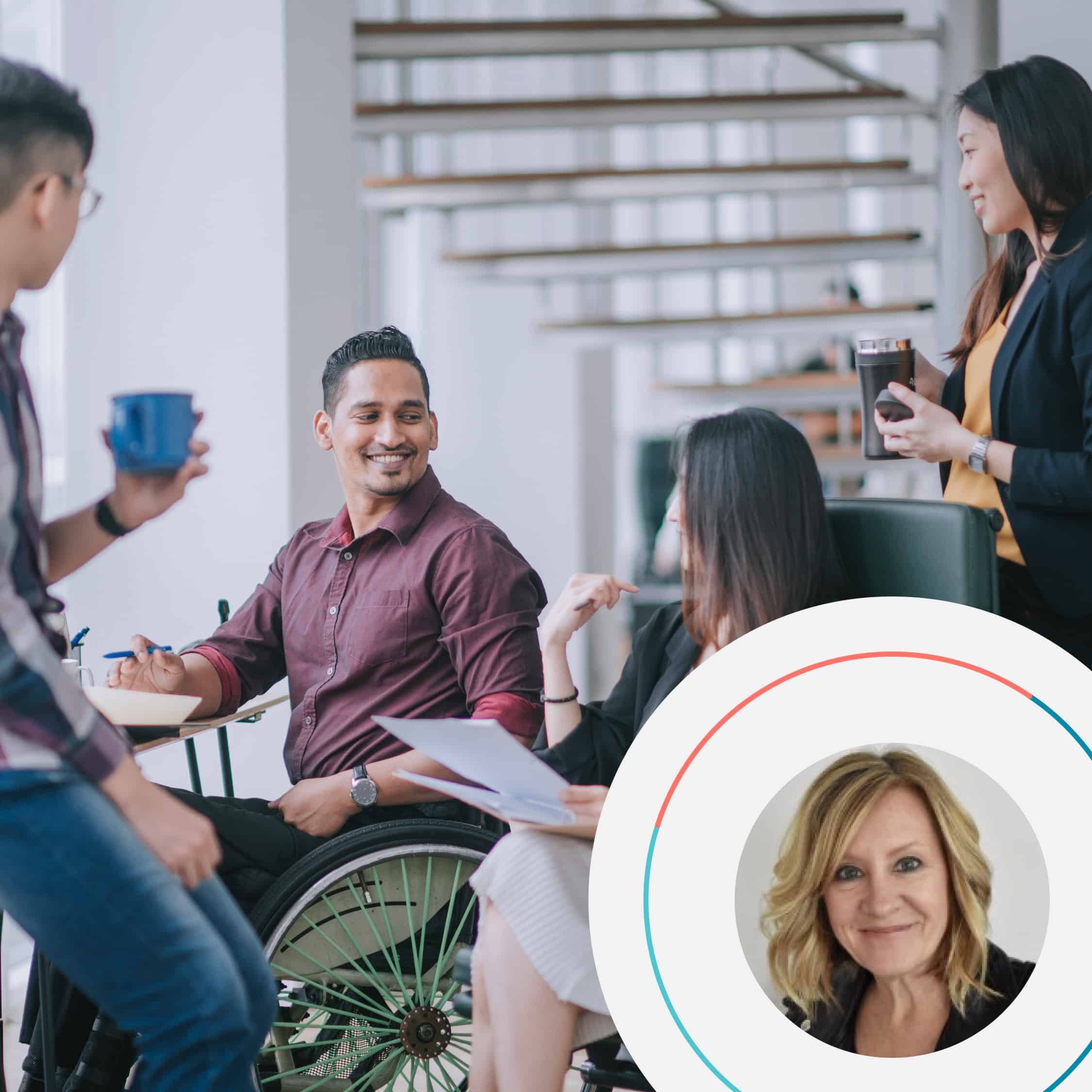 Creating Collaborative Community: A Moment to Reimagine the Culture of Work