How 23andMe Reinstituted OKRs to Power its Current Phase of Growth

From its inception in 2006, 23andMe had been a darling of the biotech world, raising more than $100 million in capital, backed by Google, and widely known for its mission to usher in a new era of personalized health. Fast Company had called cofounder Anne Wojcicki “the most daring CEO in America.”

But then came what Wojcicki calls “the dark ages” for the company, the nearly four-year stretch of time when “we lost our way” and didn’t see that type of growth.

The darkness set in just before Thanksgiving in 2013 when the Food and Drug Administration ordered the firm to immediately cease selling its DNA analysis kit. About a half-million people had used the service, which 23andMe pointed to as proof that consumers wanted direct access to their genetic information. Nevertheless, the FDA stated that the personal genome kit was a medical device that required approval.

It was also during these years that the Mountain View, California company stopped using OKRs (Objectives and Key Results), which Wojcicki had initially learned about from Google, especially via her sister, Susan Wojcicki, who became the CEO of YouTube.

“I remember the early days hearing about OKRs from my sister,” Anne recalls in an interview. “She’s like: ‘we were nothing and we were trying to break into these giant, well-established industries.’ How did you do that? She said: ‘Well, we have this OKR system where we set clear objectives and key results and it’s measurable and then everybody knows exactly what we’re working on, and it aligns everyone together’.”

Following this sisterly advice, Anne embraced OKRs for her fledgling startup, and she found similar effects, with team members working toward common, clearly-measured goals. But when the FDA issued its ruling, the firm was forced to find new revenue streams, leading to multiple new projects without a clear purpose or a way of keeping track of milestones.

“We were doing too much,” Anne says. “Those were the dark ages when we didn’t have OKRs, and lots of projects would get going, and it was hard to say no to an opportunity.”

Coming back into focus

In April of 2017, after three and a half years of uncertainty, 23andMe finally received FDA approval for consumer testing of 10 genetic conditions, including Parkinson’s, Alzheimer’s, and celiac disease. Since then, FDA approval has also been granted for a type of hereditary colon cancer as well as certain variants of breast cancer.

With its core product back on the market, the FDA approvals coincided with Wojcicki’s decision to reinstitute OKRs as the main management tool. “I had sort of a clean sweep,” she says. “We changed over a bunch of people and we brought back OKRs, and I think it’s been transformative for the company.”

The goal-setting appeared to pay off when 23andMe announced that it had sold 3 million of its DNA testing kits in 2018 alone, a record for the company that now competes against Ancestry.com and a number of other startups. The company has also surpassed its goal of having 5 million consumers to opt-in to include their genetic information in what is now considered the world’s largest DNA database.

That has led to new partnerships, most notably a four-year deal with GlaxoSmithKline under which the pharma giant is investing $300 million and receives exclusive rights to use 23andMe’s DNA database to develop new drugs and treatments.

This kind of large-scale impact has come about through the increased focus within the organization, says Wojcicki. With OKRs, “people can say no, it’s not part of the OKRs, we’re not going to work on that,” she says.

Aligning across the organization

No longer a startup, 23andMe now employees more than 500 people collaborating across multiple teams. Wojcicki’s advice to companies embracing OKRs is to make sure the CEO owns the company-wide objectives while allowing the freedom for teams and individuals to set their own—all while building in enough time to work through pain points.

The other key is to think big, setting aggressive numbers, but not tying those objectives to bonuses or raises, because you don’t want to have managers game the system for a higher paycheck.

“I like to push the company to think big,” Wojcicki says. “We want people to aspire, to stretch, but also be unafraid of failure. It’s not about the bonus. We’re really clear that this is not going to be tied to your compensation.”

In other words, employees work hard for more intrinsic reasons such as fulfilling the mission. Yet when it comes to recent sales goals, she says, “because of the OKR process, we not only met our numbers, but we crushed it, we blew it out of the water, because people were so focused.”

Startups founded on even the most promising innovations can falter when faced with unexpected challenges. For 23andMe, those challenges could have been fatal. OKRs not only helped the company power through them but this management tool also helped it deliver on the long-promised genomics revolution.

“We can do crowdsourced research on a scale that is truly spectacular,” says Wojcicki. “I’ve always had this dream of making research just like a Google query, where you can say, ‘oh I’m curious if this genetic mutation is associated with anything?’ Or if you’re looking at Crohn’s Disease, ‘are there any genetic mutations associated here?’ We can make all kinds of discoveries this way.”

Looking to the future, she says, it’s all about the potential of the consumer stepping up, learning about their own DNA, and taking charge of their own health.

“I think people see healthcare as the last area that has not been disrupted yet, and I’ve always felt like if you want to disrupt healthcare, it’s going to happen through the consumer, but you have to be really focused to actually let that happen.”

Evan I. Schwartz (@eischwartz) is an author, journalist and storyteller who writes about innovation and leadership. Link Your HR Strategy to Business Results With Ben Eubanks 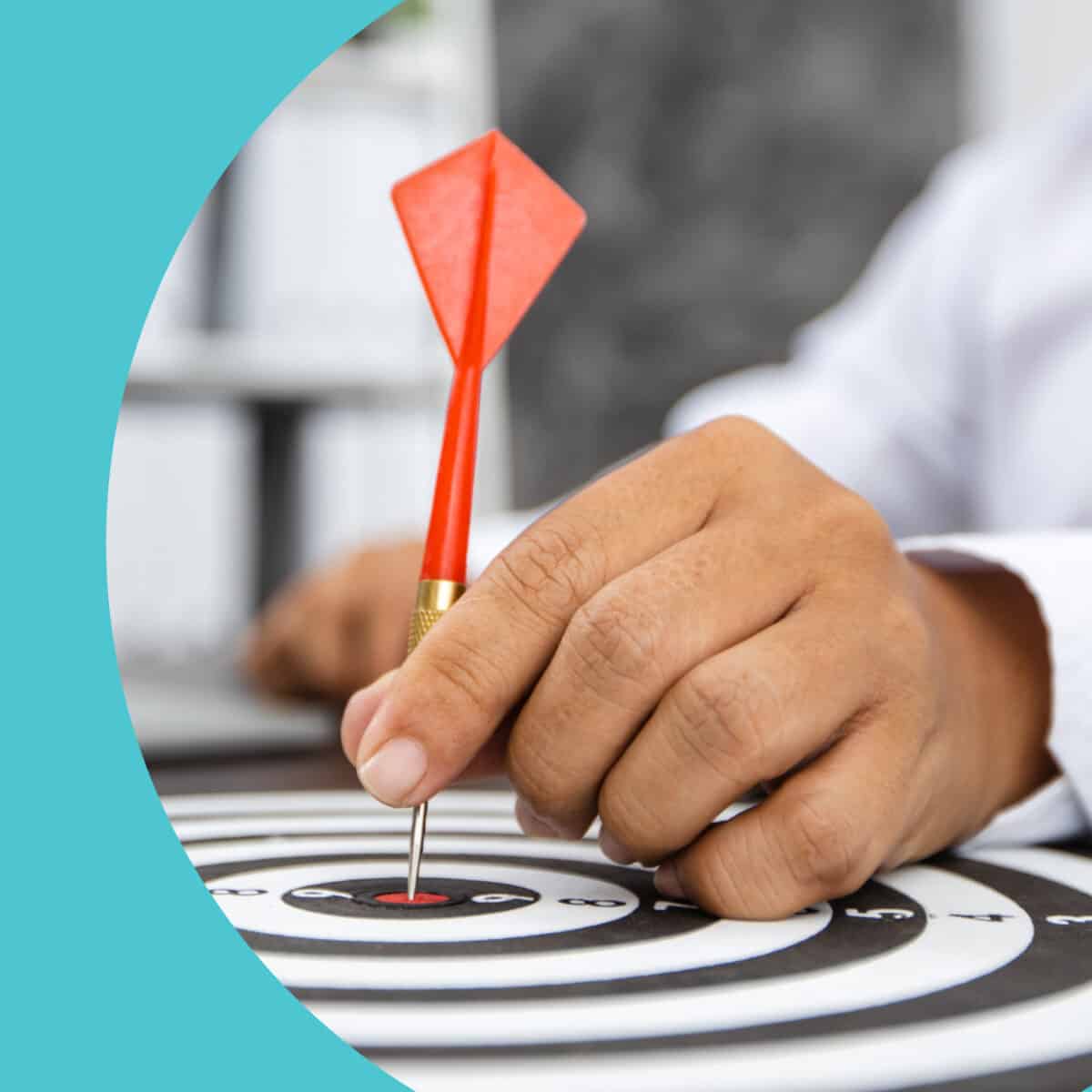 Why Is Corporate Goal Setting So Important?