Why is it that we rate rideshare drivers in real-time, but we don’t rate our employees until the end of the year? Apparently Goldman Sachs takes this question very seriously, announcing that they will be rolling out real-time feedback technology for all of its 35,000 employees this year.

Edith Cooper, Goldman’s head of human capital, says the goal is to add more frequent check-ins to supplement the traditionally high stakes annual review process. An internal memo described the rationale behind the move: “our employees want to know where they stand at all times.”

Coming from three years of experience on the trading floor of one of Goldman’s biggest competitors, the shift to continuous performance management™ doesn’t surprise me one bit. Despite multiple rounds of pay raises, faster promotion tracks, and “protected weekends,” millennials continue to leave investment banks in droves. Why? Some executives view disgruntled millennials as entitled complainers, so used to constant praise that they expect high pay and high profile work right out of the gate.

I would argue that [tweet text=”Banks have only treated symptoms of a larger problem: millennials want to know how they’re doing.”]previous changes by large banks have only treated the symptoms of a larger yet very simple problem: millennials want to know how they’re doing.[/tweet] “Did I prepare an effective marketing deck today?” “Were my comments in our pitch with ‘Johnny Prospect’ effective?” I’ve worked with hundreds of millennials on Wall Street and I know first-hand that most of them desperately desire feedback, not just to secure that top bonus, but to learn and grow skillsets that will serve them best in their lofty professional pursuits.

Yes, your new millennial hires have been praised and recognized since being named MVP of Little League all the way through graduating college as valedictorian, but more importantly, in an increasingly social and transparent world, they have received instant, often quantified, feedback on their actions (positive and constructive) for at least a decade.

To put this in perspective, in a world where that Instagram of your employee icing her knees after her #firstmarathon got 200 likes and 50 congratulatory comments within ONE HOUR, receiving a congratulatory “fist-bump” after working on a 6-month IPO for 18 hours a day feels a bit cheap. Even if that big annual bonus comes 9 months later, oftentimes it’s too late.

This isn’t to say employers should stroke the millennial ego. [tweet text=”Employees crave and thrive on constructive feedback.”]You’d be amazed to learn how much all employees crave and thrive on constructive feedback too.[/tweet]  Maybe you’ve noticed your direct report struggles to make eye contact in presentations. Imagine being able to share that feedback right away on your smartphone. Importantly, Goldman has set feedback to be bidirectional (a trend we’re noticing), so your employee can ask their manager for quick feedback on improvements she’s made the next time she has a presentation.

According to Cooper, the aim of the program is to give employees a real-time sense of where they stand in order to avoid feeling blindsided later on, adding that “those conversations that happen once a year are going to go better.” Goldman is also focused on collecting data points throughout the year to make the end-of-year process more reliable in light of recent studies around bias. With this data, performance at the organization will become a continuous story as opposed to an annual snapshot, making it easier to eliminate manager bias and increase overall employee engagement and retention. 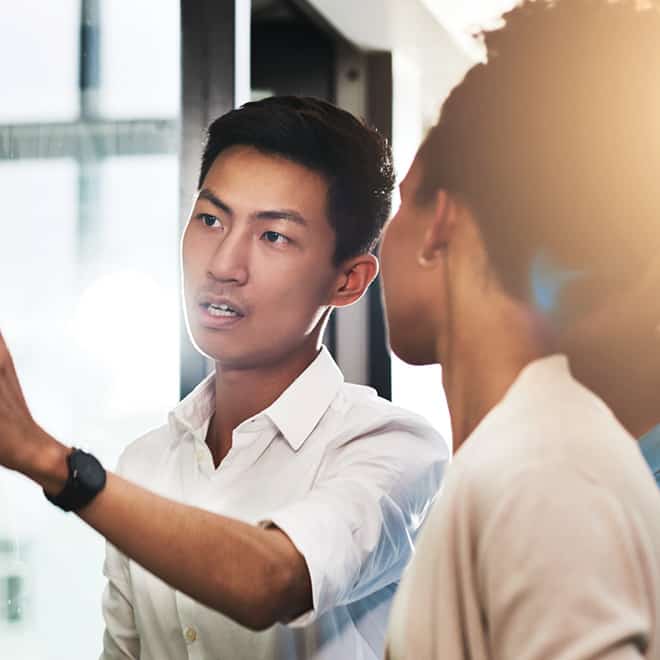 Why Chiefs of Staff Are Key to Business Strategy